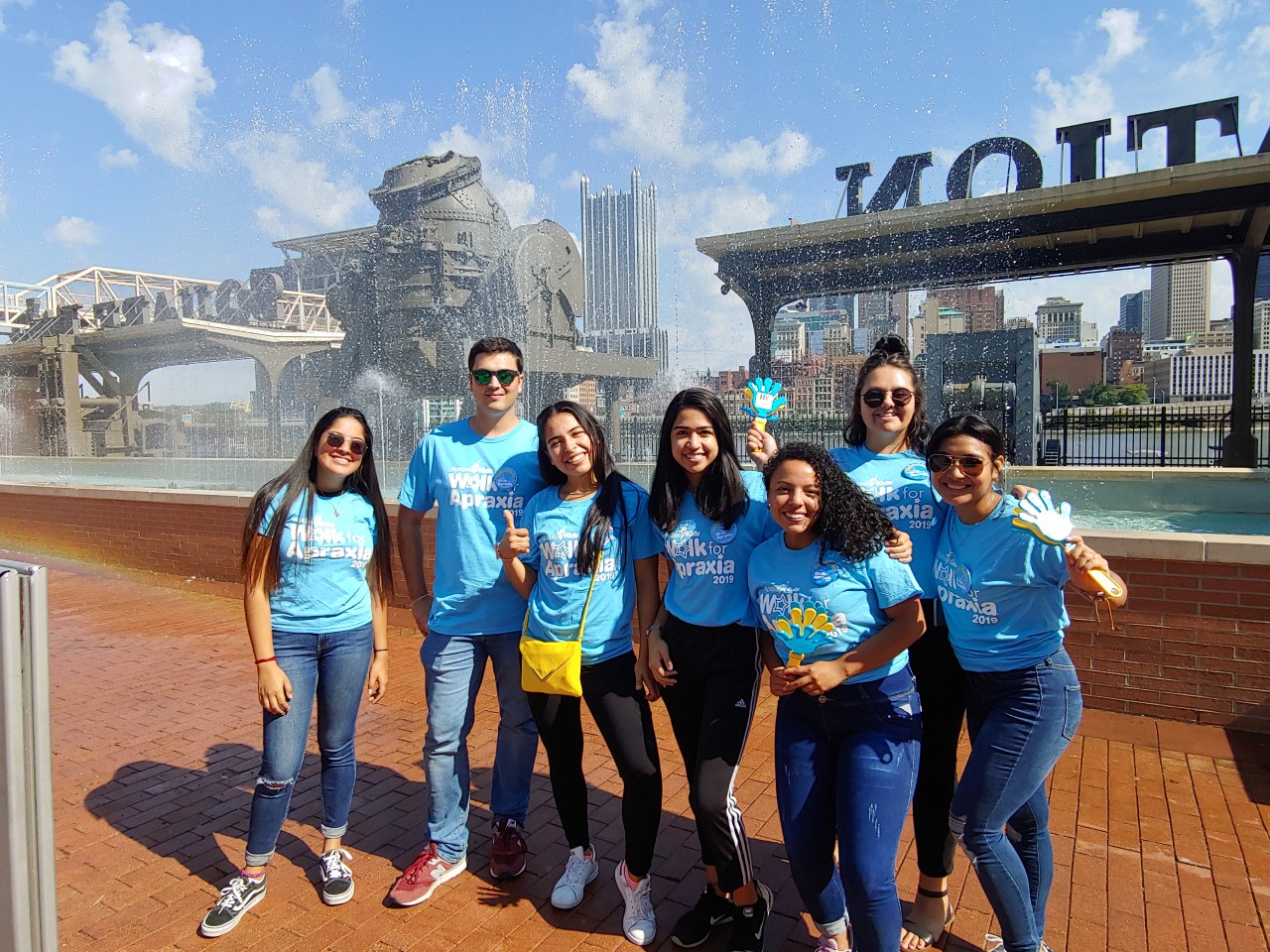 In early September, a group of Pittsburgh-based au pairs participated in the Walk for Apraxia. Apraxia of Speech (CAS) is a motor speech disorder that makes it difficult for children to speak. The Walk for Apraxia is an annual event held in 70+ cities across the United States that raises funds and awareness for Apraxia among community members who have never heard of the disorder. Au pair Camila from Brazil said,

We were a small part of something big. It was a good experience because I didn't know about apraxia, and once I researched it, I realized these kids really deserve a voice. Plus, it's fun!

At the walk, relatives, friends, neighbors, co-workers, and community members gathered to create connections and a web of support for the children with Apraxia and their families. Au pair Gabriela from Mexico said, "It was nice helping and getting to know new people. It was a really good day."

The au pairs started their day around 7:30 am by helping participants get registered, organizing games with the children, assisting with raffles, and cheering on the walkers. "I was feeling so good being part of something so wonderful. Walking with my local community and cheering them on made my heart smile," said Bianca, an au pair from South Africa.

Afterwards, as a group, the au pairs got to participate and walk alongside the families and community members.  The au pairs especially felt connected to this cause because their Area Director’s daughter was diagnosed with Apraxia and the Walk for Apraxia has helped her achieve amazing results so far. Pedro, an au pair from Spain said, "I think it was a great idea.  Contributing our time to something like this is especially important because it is for children."

This event left the au pairs feeling connected with their community for a greater cause.