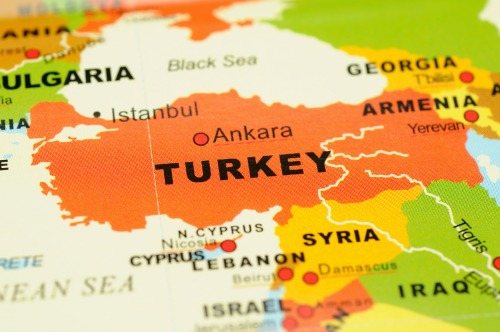 Turkey is a fascinating country with a long and rich history. Hosting an au pair from Turkey will allow your family to experience the warmth and vibrancy of Turkish culture in your own home. Turkish people are family-oriented, but young people in Turkey also like to socialize on their own. The idea of being an au pair is catching on in Turkey, as young people are excited to practice English and experience American culture, which in turn improves their job potential in Turkey upon their return.

Below you can find more information about Turkish au pairs.

English: English is the most common foreign language option offered in Turkish schools. In public schools the focus is on written skills, while in private schools English education begins at the primary level and usually is taught by a native speaker.

Driving: The driver's license application process in Turkey is very expensive but fairly straightforward. Turkish people must be at least age 18 and a high school graduate to receive their license. In addition, they must have a health exam, take a 10-week driving course, and pass a theoretical and practical driving exam. Most cars in Turkey have manual transmissions, and applicants usually practice driving in their parents' car in addition to their formal training. Most applicants obtain their license at age 18.

Communication Style: Turkish people greet each other with a handshake or a kiss on each cheek. They may touch more and require less personal space than Americans. When getting to know your Turkish au pair it might help to learn some common Turkish non-verbal expressions. For example, to say 'no', a Turkish person may make a 'tsk' sound, raise their eyebrows and tilt their head back, or do both. To politely refuse something, Turks place their flat palm on their chest to say 'no thank you.' Finally, as in American culture, religion and politics are considered sensitive subjects, and something best discussed when you know each other better.

Cooking: Turkish food is well known around the world'”have you ever tried baklava or a kebab? But there's more to Turkish cuisine than these admittedly delicious foods. Typically a traditional Turkish meal will consist of several mezze dishes, or appetizers, served both cold and hot. The foundation of Turkish cuisine is grains and vegetables, as well as grilled meat. Olive oil is used generously in Turkish recipes, and yogurt is a popular topping. Most Turkish people do not eat pork, but vegetarianism is fairly rare in Turkey.

Highlight: Turkey has so many exciting events and activities, it's hard to pick just one! For example, have you ever seen the dance of the whirling dervishes? These are members of the Mevlevi order of Sufi mystics; they perform the whirling dance as part of the formal Sama spiritual ceremony, considered a form of communing with God. Another interesting event in Turkey is the Istanbul Tulip festival every Spring. Did you know that tulips are actually from central Asia? There was a mania for them in Istanbul in the Ottoman period, and from there Dutch merchants discovered them. Now, every April, the Turkish government plants mullions of tulips in Istanbul's parks, avenues, and traffic roundabouts. They bloom in late March or early April, resulting in breathtaking scenes in Istanbul!